There's an event going on at RMK Gothic right now, you do tasks and get coins to play a gacha for prizes.  You are an apprentice magician, and you have to learn how to do magic stuff!  One of the prizes is a witchy lil vouboo from me: 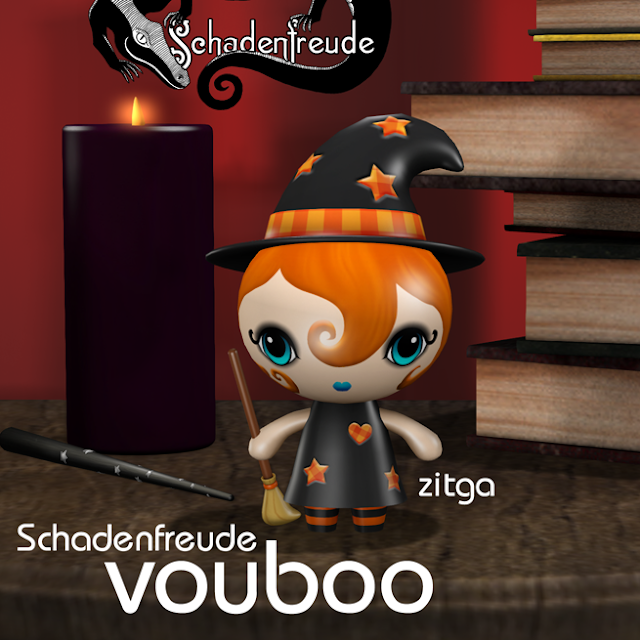 (You can see all the prizes at the official blog.)

Many people have been confused by how to do it, as RMK Gothic is a Japanese sim- there are some English instructions but you may not find them clear.  So I'm going to try to tell you what to do.

I don't know if that cut worked on feeds.  If not, I'm sorry for the long post, I tried!


First, you need to teleport into the library to get the HUD to be able to play.  It is a dark and stormy night, but Charlotte will give you the HUD you need.  Her crow next to her desk will give you a cute little outfit you can wear while learning!  Cutout people means this is a thing to do for the event, they are in the vicinity for all the tasks (except the secondary planting). 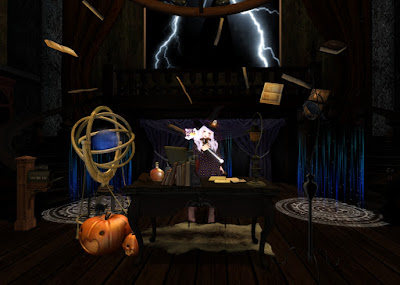 Then take one of the teleport circles behind her.  They dropped me in the middle of the sky to plummet, but any landing you can walk away from and all.

Now, there are three tasks you can do, upon successful completion of a task, you get a silver coin. 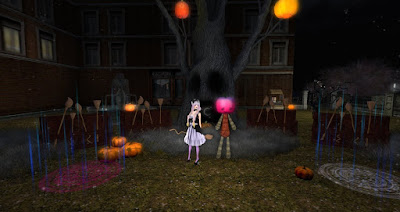 You can learn to fly a broom!  In just about the dead center of the sim, on the city side of the bridge, is a little courtyard.  There is a cutout person there, Nene is going to teach you how to fly.  Well, sink or swim really.  Grab one of the teleport circles on either side of her- there are two courses.  The pink course is higher up, above the white course.  The good thing about the pink course is nothing is in the way, parts of the white course are low and sort of hard to see.  The good thing about the white course is easier visual landmarks to remember where to go, so whatever works for you. 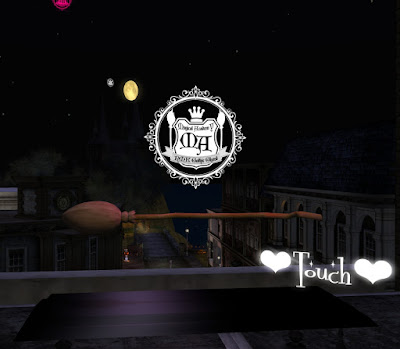 Once you've taken your teleport up, IF the course is not currently being run, grab a broom.  If the seal says "Start", someone is running it and you have to wait, if it's a Magical Academy seal, you're good to go.  Touch the Touch sign to rez a broom.  SIT ON THE BACK OF THE BROOM.  The fluffy bit.  Sitting anywhere else and it'll poof on you, I found this out the hard way (repeatedly).  The broom is kind of hard to navigate!  At least I think it is.  So you may need to fly the course a few times to get under time, to get used to where to go and how to get there (it's forgiving though.  I'm a horrendous flier and have to backtrack a lot, and I can still get under time after a couple of false starts).  You need to fly through the gates, which look like those seals, in order- the texture will change and the next one unlocks when you get it.  Remember: there are two courses, so you need to fly through the seals for YOUR course.  Each gate has hovertext over it telling you what number, and they are basically in order for sort of going in a half circle, but you have to go up and down a lot!  If you get through the goal at the end in time, you get a silver coin to play the gacha with (you also get dumped in the middle of the sky, magicians don't worry about falling damage so much).

I watched the current record holder do the course a couple of times.  She's really good at it!  I'm...not. 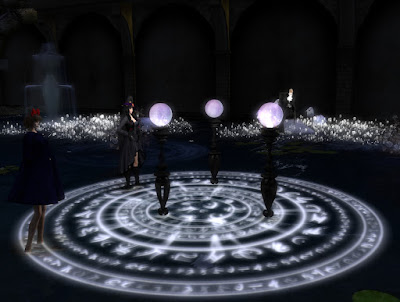 The second task involves typing.  I'm a horrible typist.  It's over on the west side of the sim, on the river that runs through the middle, just walk onto the water to the magic circle with the crystal balls.  You need to be close to be able to get a crystal ball of your own, which will give you a chant.  You need to type that chant in all one long line, no spacers! in 30 seconds.  There are three formats- English characters (Magic Crystal01), Japanese characters (Magic Crystal04), and numbers (Magic Crystal03).  I recommend the numbers, the English is all gibberish, so that's not going to help you much.  It will give you a list of 5 numbers at a time, and they all need to go in one line!  So it will say: 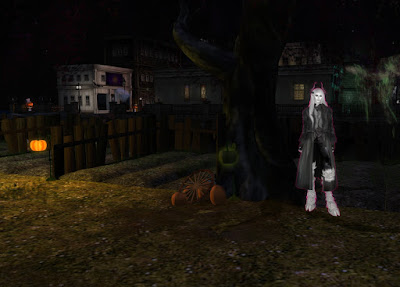 The third task is planting!  This requires PATIENCE, it takes time, but it takes no skill at all.  You might want to work on your plants in between other tasks.  On the garden side of the sim, towards the east, there are fields for planting. 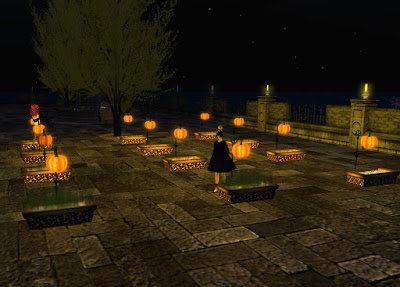 There is also a secondary area for planting on the opposite side of the sim, on the city side.  Same rules, just more spots to do it.

If the field is open, it will have hovertext saying "Let's sow the seed on touch".  Stand in the MIDDLE of an open field (you'll be too far away otherwise, don't mind what Fixis says about stomping on them rotting them.  Or maybe you want rot, I don't know, the teachers at this school are a bit of the "give a task and you'll learn as you go" school of teaching- I guess if you want to learn magic, you have to be a bit of a self starter) and click blindly at the ground until the hovertext changes to "useing by 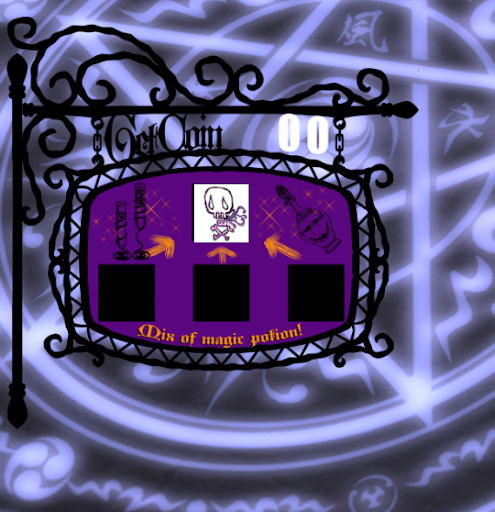 And you have to wait in between each time, it will tell you when to come back (it will eventually time out, but it gives you a bit of wiggle room).  Eventually once you've tended your plant enough though, it will let you harvest the herbs, and give you a folder named "Herb" with three no copy plants inside.  Wear each one and touch, and they will be added to your HUD- three herbs makes for one potion.  The herbs are trash once used, you can throw them away.  Go across the bridge on the east side of the sim, and into the building with Merlin and the cauldron, use the caldron to make your potion- the three plants in your HUD will be cooked up into the potion on top. 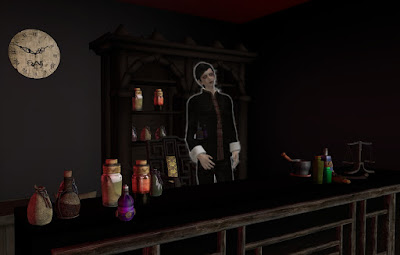 I've always FAILED at making potions.  They look like poison.  And Merlin's all snarky and tells me to give up- maybe you can do better.  I've heard that you can get GOLD coins for the right combination though (one gold coin = 10 silver coins).  BUT!  I can still trade my filth in for coins anyway, around the corner in the red shop in the alley, Mr. Chan will take them and give me a coin for them.  I don't know what Mr. Chan is doing with my failures, but I do know that if he's the bartender at a club, I'm sure not having any drinks. 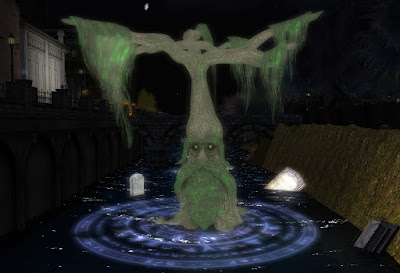 Once you've got coins, you can spend them!  The Dream Gacha takes the silver coins as currency. Wear a coin and touch it to load it into your HUD- you need 10 silver coins for a try at the gacha!  The gacha is the big tree in the river in the east end of the river.  Coins and the items won from the gacha are transferable, so getting together in groups can help!

Play at RMK Gothic!
Posted by Allegory Malaprop at 11:31 PM

yaaa i love your vouboos but after the umpteenth time of losing the broom because it got returned cause i accidentally flew into a no object entry area i gave up :/ i am kickin the wall

Wish you could pick what you want with your coins. After all that time and effort, I still didn't get a vouboo! :(
blush.topaz

Well, I tried, but ugh. So much typing, so much to do potions. Played and won... more herbs to make more bad potions. :-/

Has anyone else had trouble with "can not find texture: None" errors when clicking on the attached herbs? It seems to break the recipe and we just end up with silver coins even if the recipes are right! :\ Eep!

Way 2 much like work! These events should be fun not a chore!