On and off I've worked on some workhorse shirts- go with anything that could use a button down, flexible for mixing with a wide range of things. It was mostly off again (as...well, I do, because I have this problem with starting things and not finishing them) until I started getting excited by the possibility of ties- which, of course, needed me to finish the collar for an option...and the shirts really need to be done to wear with them too.

So anyway. Thus were the oxfords finally brought into being. In 30 colours, because I'm crazy and obsessive (and this was after I trimmed some out!) and wanted something to match all sorts of suits and things.

Yeah...it's a lot of shirts. I know. I've spent the last week uploading and renaming and taking pictures of them! 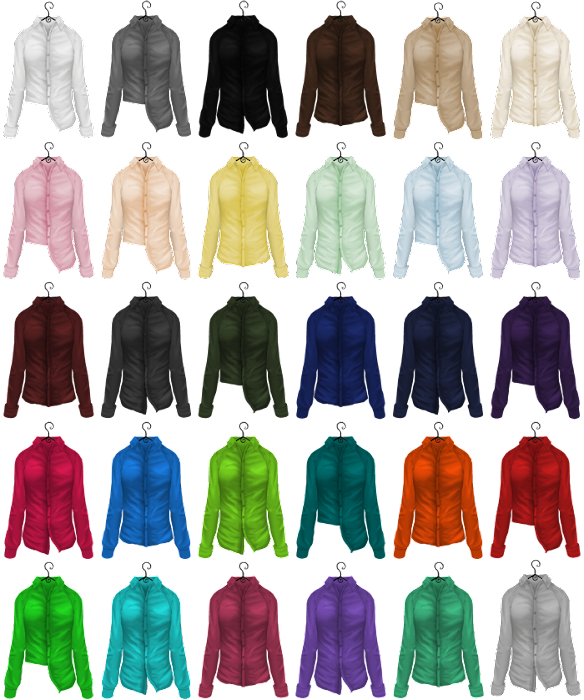 They come with a sculpted collar, 2 sets of optional sculpted cuffs (one is just cuffs, one includes a bit of sleeve), and 3 options of shirt tails (tidy, messy, and half tucked in).

Out at the elephant, of course, in singles and a big ol' fatpack.

Ties are next! Well...not next-next. There will be one or two other things that just need a little finishing up for release first....then ties.

You're barking mad, but in a totally good way. HOW many colours???