(Wo)Man in the Moon

A pose prop with my sculpted moon- I've intended to do this for a while (since the moon came into being, which was...a long time before I did anything with him other than hiding enormous moons on the Starlust), and finally tweaked the poses to where I could stand them. Poses are not my thing, I'm picky, but I get frustrated with the stupid distortion very easily. 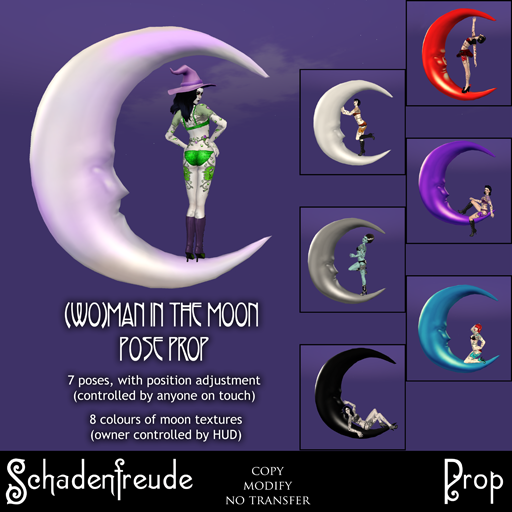 7 poses with a touch dialog to choose between, and position adjustment. There's also a HUD that lets the owner pick a texture of 8 colours of moon (iridescent, white, silver, steel, black, red, blue, and purple). 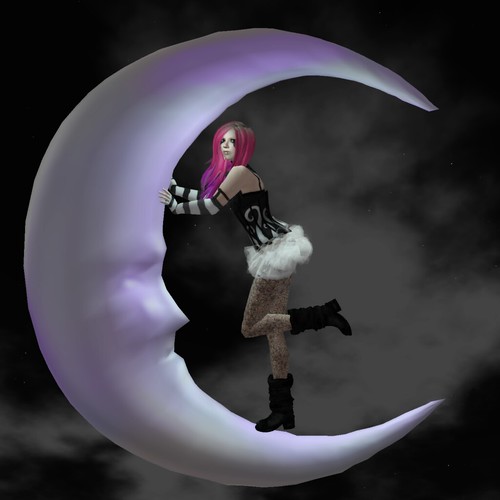 At the elephant. There's one rezzed outside between the elephant and Baba Yaga's so you can play with it, since there's not really space IN the elephant! 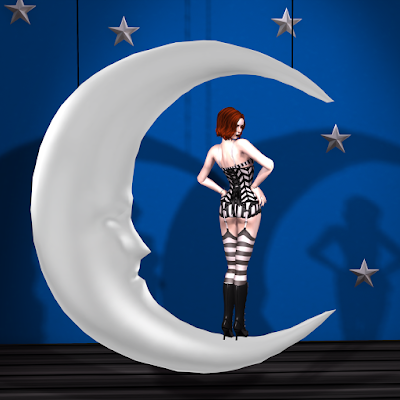 Posted by Allegory Malaprop at 10:44 AM