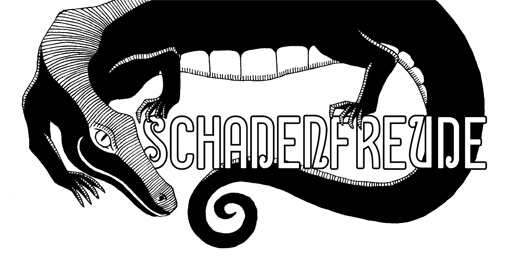 In the 80s, I was into neon.  In a bit of a huge way- while most of my clothes were black (gee, how times have changed...), I had this weird horrible affection for don't-look-directly-at-it-or-you'll-go-blind neon pieces to go with that.  (Yeah...times really haven't changed THAT much.  I still have a few of those things...but not as many, and I don't wear them as much.)  This month's Collabor88 theme was all about that blinding neon in the 80s, though with more of a Miami angle (I never cared for Miami Vice, I preferred my cop shows to have talking cars and no actual cops).  I used it as an excuse to FINALLY finish something that's been pretty much done for years, but I didn't want to do the very last boring steps of to release: seamless fishnets. These come in leggings and gloves format, with Slink Physique appliers included for those of you mesh body addicts (and Slink hand appliers for the gloves, of course)- leggings means no fighting with your feet and having to stumble around in inventory finding the stocking HUD, though you're still stuck with fumbling for the HUD to show your gloves. 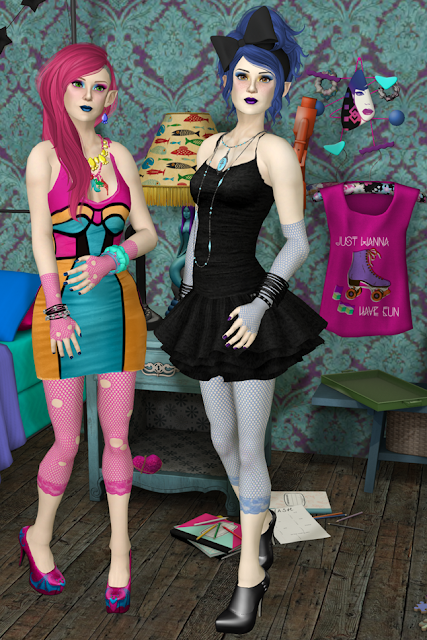 To go with, there are also a selection of fun bright eyeshadows in the colours of this round. 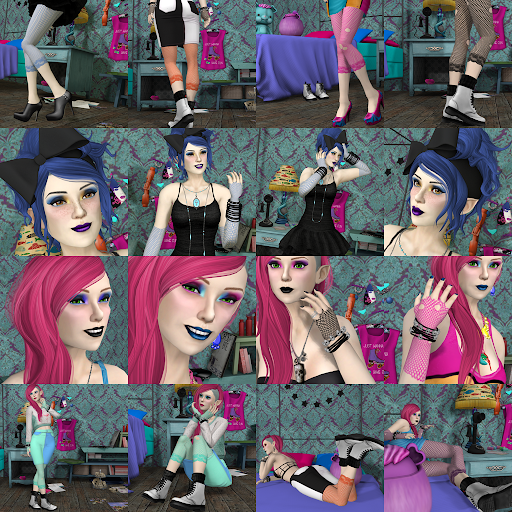 white boots from Fashionably Dead; jewelry not already credited in the previous picture on flickr from Yummy, Maxi Gossamer, and Schadenfreude; clothing not previously credited from The Secret Store, Pixicat, and Baistice; fuzzballs from MishMish

Fishnets in your choice of 6 colours and 8 packs of eye shadows in 4 colours at Collabor88 this month!
Posted by Allegory Malaprop at 9:57 PM 0 comments

The Forest Masquerade at The Arcade 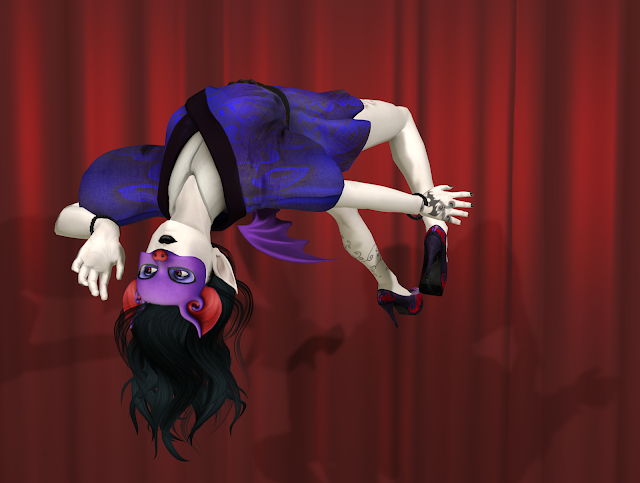 The Arcade is running this month, and I made 9 masks to win for it.  Masks can be worn or hung on the wall as display.  Each display mask is 1LI, and when rezzed on the ground will have a hanger, hanging ribbons, and shadow prim.  Touch for options to hide hangers and ribbons, as well as changing ribbon colours from the ones I chose to match each mask.  Worn masks are just masks- there are ribbons to tie around your head available as a gift at the venue (plus some extra makeup bits and nose alphas). 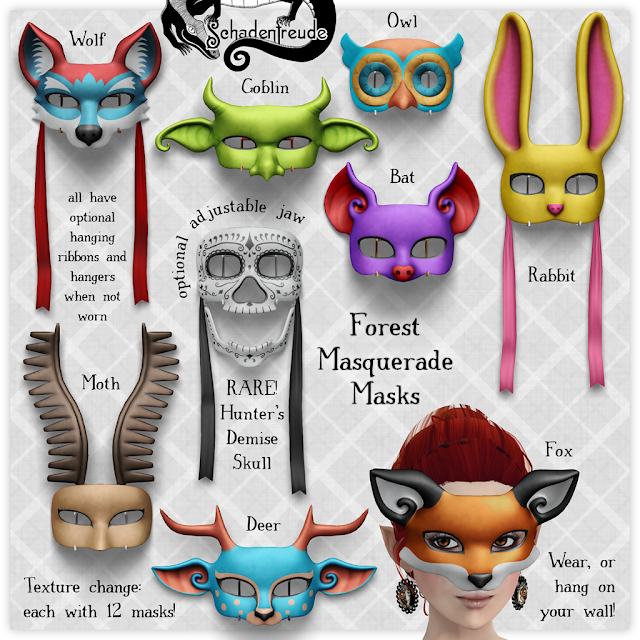 Each mask is texture change with 12 mask texture options (because 9x12 is toooo many for a gacha!) 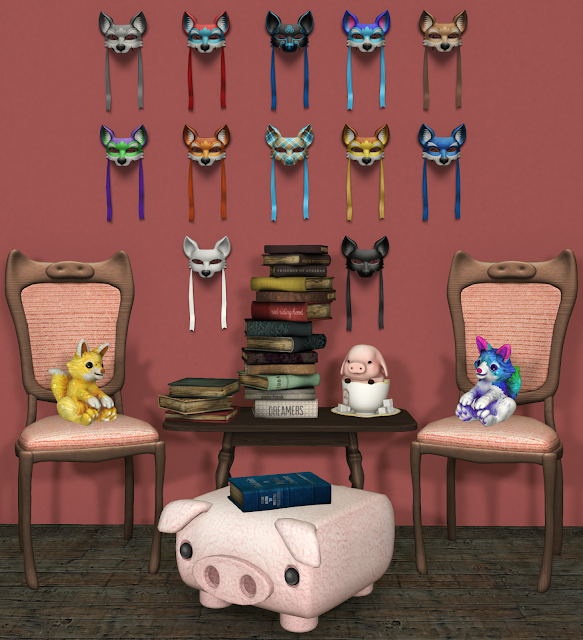 wolf plushies from ~silentsparrow~, book stacks on table from vespertine, book on top of pig chair from Intrigue Co. from ~silentsparrow~&Schadenfreude, pigpunzel chairs and teacup piglet from Ohmai, coaster from MudHoney (yes, I'm one of THOSE people, don't mess up my nice wood table with your water rings!), table from RazzBerry Inc.

At The Arcade this month!
Posted by Allegory Malaprop at 10:30 AM 0 comments